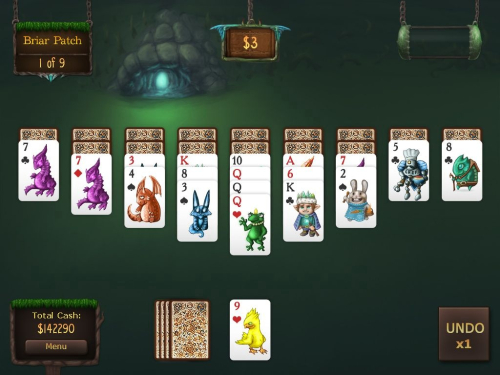 Faerie Solitaire Mobile Deluxe HD is an enchanting card game experience – with lush visuals, hypnotic music and plenty of twists in the gameplay to make your classic solitaire game fresh, unique and addictive.

Solitaire is a time and tested card game classic. The ubiquitous solitaire card game is one of the first games to find its home in the PC, making it a staple in the windows operating system back in the 90s. Fast forward to 2011, and there are tons of Solitaire games on the iPhone and iPad. While many have stuck to the classic formula, there are games like Faerie Solitaire Mobile Deluxe which takes risks to make this beloved game fresh and interesting.

Faerie Solitaire Mobile Deluxe is very simple, with one goal in mind: save the faeries. Just eliminate cards from the spread by matching them with cards from the deck by forming chains following the sequence from ace, the foundation card, to king. For example, if you have an Ace to eliminate, you can use either king or two, followed by queen or three, or even ace again, until you finish up a combo. At the same time, there are certain obstacles such as locks that require you to eliminate a particular card from the spread until you can activate and destroy the locked card. 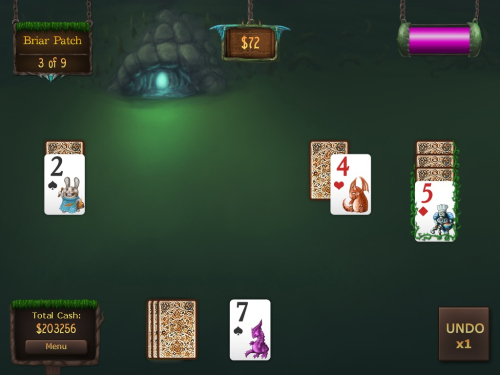 There are various breathtaking locations that contain several levels that you need to complete. At the end of each level, you get to see your statistics, nice bits of trivia about how well you played your hand. 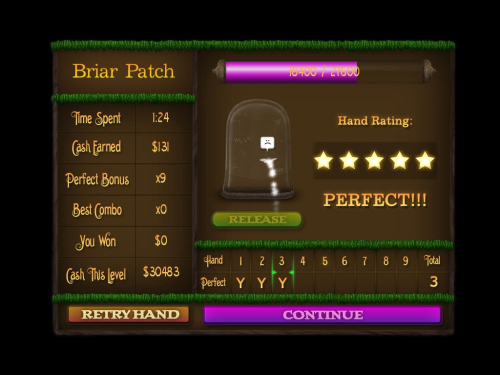 Eventually, you get to liberate the faeries in that location once all the levels have been unlocked.

Faerie Solitaire Mobile Deluxe HD is a great solitaire game on so many levels. The fantasy art theme is beautiful, and the gameplay is simple, practically pick up and play, but addictive. The developers even plan to introduce an RPG element in future updates by offering pets, a nice addition to give the game some purpose .

Faerie Solitaire Mobile Deluxe HD is highly recommended if you want to have only one card game in your iDevice.