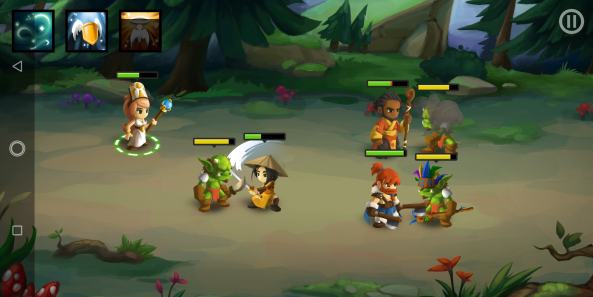 Battleheart 2 on my Nokia 7 Plus

It’s hard to believe that the original Battleheart ($2.99) premiered on the App Store in 2011, which feels like a lifetimr sho. The mobile gaming landscape was different then, but then as now, Battleheart (the original) has stood the test of time. I have nieces and nephews who randomly picked up the game on Android and enjoyed it as much as I did then. Over the years, I’d been waiting and hoping for a content update which I would be more than willing to pay for, until Mika announced a sequel a few years after it came out with Battleheart Legacy ($4.99) which I also reviewed when it first came out.

Battleheart 2 ($4.99) now launches in a hugely overcrowded App Store in 2018 and its unique gameplay still stands out because though there have been some attempts to do what Mika Mobile did so well, none have come close.  However, that said, I must admit that some major changes in the game (which I will talk about in detail) leave this diehard Battleheart fan disappointed. Just to be clear though, you don’t need to play the first game to appreciate this one but if you did play the original, some of the changes might make you wish that Mika had just gone and updated the original Battleheart instead.

The unique real-time combat system and easy controls are better than ever.

There are lots of playable characters to choose from who may be familiar from the original game plus some new ones, with promises of an expansion underway. (Be prepared to wait awhile though, because updates are few and far between)

Stats are deeper this time around and better explained, such as deflection, skill haste, skill power, etc. which will make any hard core gamer happy to crunch some numbers and figure out optimum combinations of items and talents. 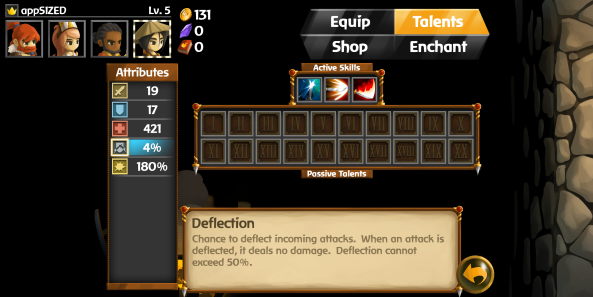 I still prefer the original Battleheart’s look and design – Eduardo the Bard was cute, and even the slimes were adorable. The design here is still 2D but with a 3D feel but the environments are more detailed and upgraded. However, the overall look feels like a step down from Battleheart Legacy which has excellent graphics and a high level of polish. The game looks nicer on my Nokia 7 plus than my iPad mini.

Some of the items will be familiar to players of the original Battle heart. However, there’s a new twist on the inventory system which lets you ‘enchant’ or upgrade weapons. Previously, the thrill was seeking out rare weapons by duking it out in the arena. The user interface could be streamlined some more to make navigating through the interface less tedious. 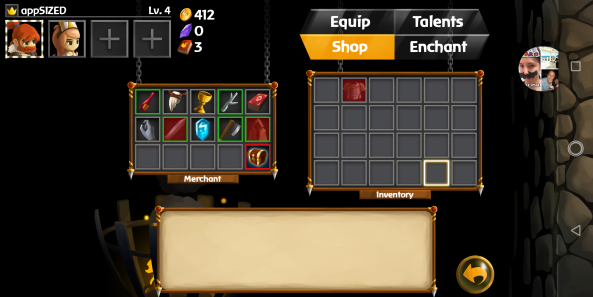 The new mechanics (for the RPG side) left out what made Battleheart and Battleheart: Legacy so much fun in the first place: the thrill of progression and discovery. Now, there are only 3 active skills and a ton of passive skills that you can unlock anytime as long as you have skill points. Previously, you needed to go through so much pain and challenging levels to get to a level that will unlock new passive or active skills. The skill tree type set up is also gone which used to let you make tough choices between which skills to have and which ones to ditch. 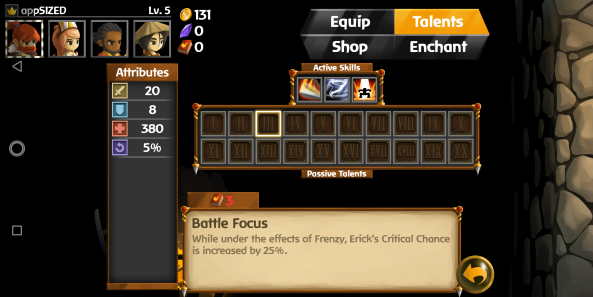 In addition, unlike before, you level up and earn points now as a team instead of leveling up characters individually. I actually like the older system in place but the new system also lets you focus on developing the team overall versus grinding like crazy to get one team member to catch up with the more advanced ones. 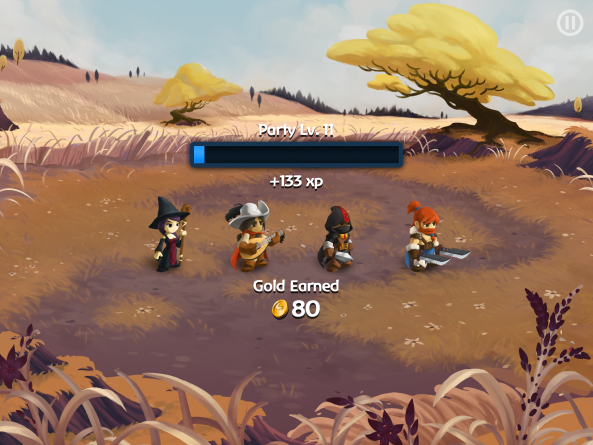 Battleheart 2 on my iPad Mini

For some reason, Mika Mobile ditched any attempt or effort to put a story in place. Not that the previous games had complex or very deep storylines to begin with, but it was nice having maps were you felt some sort of journey. Battleheart had 3 main locations and an Arena (for endless mode). Here, random spots open up on a static map where you just grind and fight of baddies for skill points, gold or crystals (to enhance your gear). In the arena mode so far, which I have barely survived, I’ve only gotten skill points and what not, not the rare items I used to spend hours going after in the original Battleheart. Battleheart Legacy, which had a branching out storyline, even had better maps. 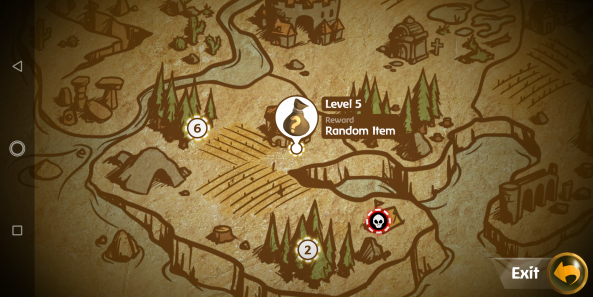 Multiplayer finally worked after several updates and attempts but it’s still not quite running smoothly because the connection still drops even while the devices I tested were playing next to each other.

After logging in a few hours, I have not picked up the game for nearly a week, which says a lot about the game in my opinion. While I still enjoy playing the game when I do, t’s just a step down from the other Battleheart titles which breaks this hardcore fan’s heart.

Despite its flaws, Battleheart 2 is still worth picking up for its unique gameplay and excellent controls. There’s no in app purchase system at the moment so you pay once to play the game for days and months to come.

Battleheart 2 is also now out on Android devices for $3.99.