appSIZED was a bit quiet this year in taking stock of the gaming scene. Nonetheless, these titles are worth looking at. Some are big names and some are quiet wonders: 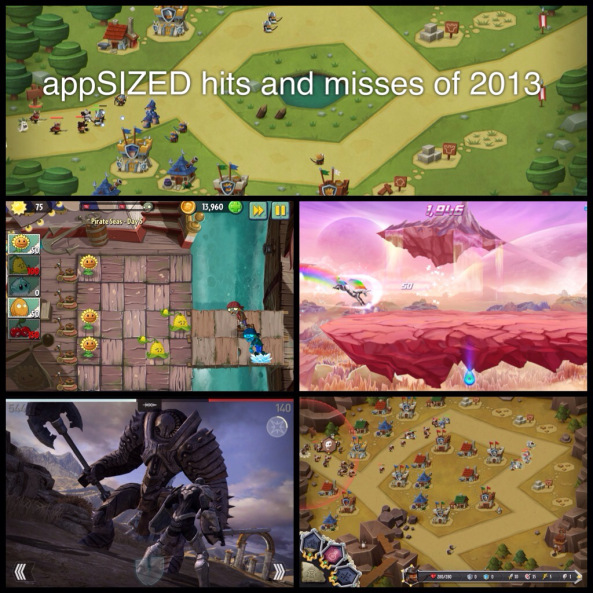 1) Tower Dwellers (Universal/$3.99) – While I am a huge fan of tower defense games, I am not a huge fan of Kingdom Rush, the game which Tower Dwellers is often compared to. Tower Dwellers boasts of a gorgeous art style and nice voice over narration which gives the game some humor. The similarities are there, but I like the interesting twist in Tower Dwellers where you build support towers (blacksmith, carpenter and mage) to boost your default defenders. Certain combinations produce new types of defenders, which is my favorite part of the game. The game is pretty hard to beat even on a normal curve, but what keeps me going is the thought and effort required to build certain types of defenders to defeat waves and waves of various enemies. There’s also a sandbox mode where you can practice.  One thing I love about this game is the micro-level management which lets you place your defenders along rally points to meet your enemies and adjust accordingly. (HIT)

2) Infinity Blade III  (Universal/$2.99 – on sale for a limited time) – one might say, it’s more of the same, but it’s not always a bad thing. Ever a favorite at Apple’s product releases, Infinity Blade is a gorgeous role playing game (RPG) that was the leader in a unique, touch-based combat system. Some nice new features however, include the ability to play Isa (a female character) and a centralized hub for concoting potions and equipping your stuff. There are some refinements from the original but overall, don’t expect anything radically new here.  Just enjoy the show! (HIT)

3) PicPlay Post  (Universal/$1.99) – We are creatures of the internet nowadays and like to post the big and small events of our real lives online. When we feel like being a little creative, we can also put photos together to form a collage of sorts. Among the numerous apps out there that let us enhance our photos and videos, PicPlayPost stands out for its ability to include an actual video within your standard photo frame. It’s very easy to use and fun. (HIT)

4) Robot Unicorn Attack 2 (Universal/Free) – It’s a freemium game I won’t diss, largely because the graphics in this game are a HUGE upgrade over the original. The goal-based objectives, the unicorn gear you can amass while playing and the addition of additional new music tracks (however, Always by Erasure is still the best, in my opinion) make RUA2 an underrated sequel. (HIT)

5) Fetch (iPad only/$0.99 – on sale for a limited time!) – It’s a beautiful point and click adventure game mainly for kids but feels like a Pixar film, which is always a good thing! Step into the shoes of a boy rescuing his dog in a futuristic world full of puzzles and beautiful scenes. Despite the target market, this adult is stuck in one level, unable to progress but refusing to look at walkthroughs to find her way out. (HIT)

6) Plants vs Zombies 2 (Universal/Free) – This was the day I hoped would never come. Since its acquisition by EA, in a jaw dropping multimillion dollar deal, Popcap, the original developer of Plants vs Zombies was busy working on a sequel. Sadly, the sequel is now a free to play game requiring IAP to unlock certain plants which I enjoyed playing in the original PvZ. Worse, the linear progression has been replaced by beating certain stages by grinding and earning keys and coins. Despite some adjustments (possibly a response to criticism) and constant updates,  I miss the old PvZ and like many others who dislike freemium games, it was heartbreaking to see Popcap adjust its game to the EA business model. Others have praised Popcap for coming up with a freemium game of note, but I certainly miss the days when gaming was simpler. (MISS)

7) Candy Crush (Universal/Free) – While I am personally not addicted to the game (by purposely avoiding it), Candy Crush, released in 2013, was a runaway hit. Match three games are not new and freemium games are not my thing, but there is something attractive about mixing and matching shiny candy in increasingly complicated levels. (HIT)

8) Vine (iPhone only/Free) – Vine lets you make 6-second videos which can be shared on social networking sites and within Vine’s own community. An interesting feature is the ability to stop and go your video recording, resulting in some amazing short films that loop ad infinitum. You’ll find film gems buried in the community. (HIT)

9) Diner Dash Rush (Universal/Free) – One of the most popular time management games ever goes freemium. I played it for a bit, found it quite hectic (and I’m quite the TM expert who’s crazy about expert levels and absolute efficiency) with the source of relief, some real cash for needed boosts. That I intensely dislike. It’s not lost on me that Playfirst has made some adjustments to its popular titles by offering in-app purchases for additional content – I’d be more than happy to pay for new levels, but this game is not along those lines. It’s ‘free’ but really, you will end up spending more just to play it. (MISS)

10) Kill the Clowns (Universal/$0.99) – an underrated tower defense game that scores big with this reviewer because of the quirky, hand drawn art and the concept of the Bearded Lady boosting other towers/defenders who fall hopelessly in love with her (hehe). The idea here is oddball – a bunch of circus attractions band together to save the earth from baby-napping aliens, using a variety of weapons: peanuts for the elephants, actual pistols for the monkeys, hypnosis by the mime, etc. Some rules apply on which powers work on which enemies and which don’t, reminiscent of Jelly Defense, one of my favorite TD games. You get regular content, interesting drawings, nice music, what’s not to like? (HIT) 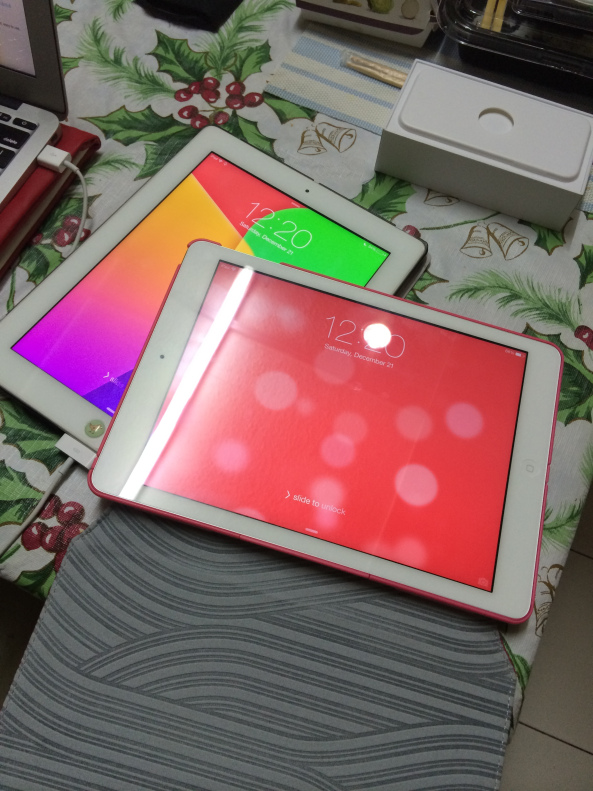 The iPad Air, iPad Mini with Retina Display and the iPhone 5S were among Apple’s big releases for the year. I got 2 out of 3 – the iPhone 5S (because my plan was up for recontracting) and iPad Air.

To be honest, the most amazing product released for 2013 was the iPad Air. It’s simply the iPad I’ve always wanted to have – minus the unnecessary bezels, much thinner and lighter (just a pound for the Wifi only model), blazing fast and incredibly gorgeous.

To be fair, I am just not a fan of smaller tablets since I use mine for gaming, surfing and watching videos. Having tried out the iPad Mini with Retina Display myself, it’s the iPad Mini that should have been released in the first place. It’s a bit heavier and more expensive now, and in comparison to the Air, the differences in size and weight are getting narrower. Still, for those into 7″ tablets, this one is for you.

The iPhone 5S is also an excellent phone, the most notable feature of which is the touch ID biometric feature. Other than that, it’s mostly an upgraded, fancier looking iPhone 5. The gold color option is definitely a striking one and makes all the difference. 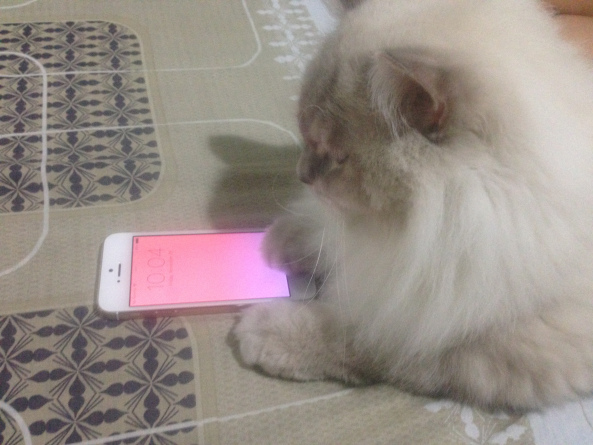 One comment on “The Year of the Apple: 2013 Games, Apps and Gadgets in Review”